What to Do in San Diego With Student Travelers 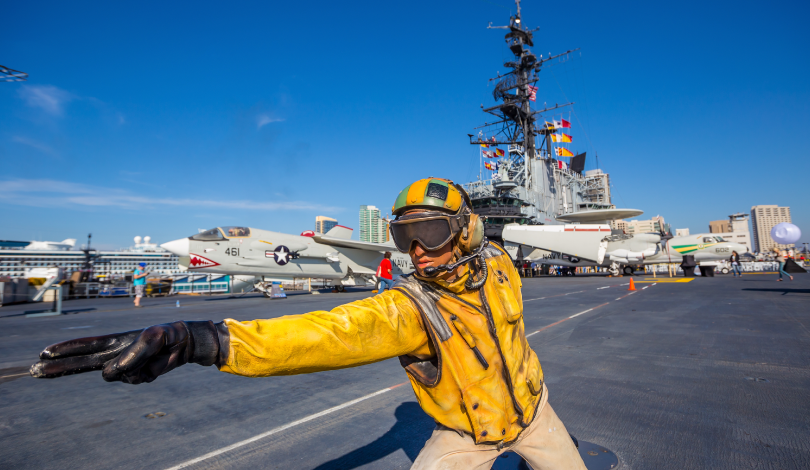 Whether you’re a California-based group looking for a trip to a nearby culture hub or an out-of-state group planning a Southern California student tour, San Diego has a ton of educational and performance opportunities. We spoke with Kimberly Rosario, the manager of our Southern California office, about can’t-miss sights and attractions in San Diego. Turns out, there’s something for everyone.

The San Diego Zoo is known throughout the country for its quality and its kindness to animals. Housing over 650 species and subspecies (including its much-loved giant panda), this zoo is one of the first to provide animals with open-air caging in natural environments. Want more? Just northeast of the city you’ll find the San Diego Zoo Safari Park. In this 18,000-acre wildlife sanctuary, African and Asian species roam freely in open, semi-natural habitats.

Take in California’s early history with a visit to Old Town San Diego. As the first Spanish settlement in California, this area has had its 19th century buildings beautifully preserved. Many are open for historic tours.

San Diego’s other cultural gem is the lovely Balboa Park. In addition to being home to the San Diego Zoo, the “Central Park of San Diego” has free museums, art galleries, beautiful gardens and historic buildings with Spanish architecture.

San Diego is one of the largest a s bases of the United States Navy, so there is plenty of naval history here. Students can getting a good idea of this presences with a tour of the USS Midway Museum. The USS Midway was the 20th century’s longest-serving aircraft carrier, and it now is home to the exhibits on aircrafts, flight simulators, life at sea and more.

Even without all of its cultural attractions, San Diego is worth a visit for its natural splendors. Torrey Pines State Natural Preserve is an Oceanside park with native vegetation and trails that slope down to the beach. For a hike with a hint of missionary history and awesome views of the city, Point Loma’s Cabrillo National Monument Park.