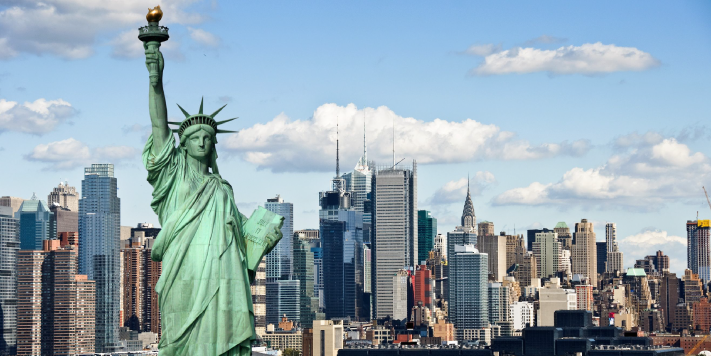 Planning a New York City student tour? We spoke with several of our New York-based Tour Directors, who shared some tips on student travel to the Big Apple.

2. Do Your Museum Homework

Another big decision: which museums to go to. Even within larger museums such as the Metropolitan Museum of Art, deciding how to navigate the collections can be challenging. Look up the museum’s exhibits before you go, and decide which ones would be most relevant to your group.

Make your New York student tour more affordable by including free attractions on your itinerary. One Tour Director recommends students take the free Staten Island Ferry, which gives them the chance to see the skyline and the Statue of Liberty from the water. She also points out that while the 9/11 Museum has an entrance fee, the 9/11 Memorial is free and open to the public. And don’t forget the must-see free attraction that tops everyone’s list: Central Park.

"To really get the feel of New York City you need to spend some time outside on the street on the different neighborhoods," says one of our Tour Directors.He recommends that students explore locations such as Times Square and neighborhoods such as Little Italy and Chinatown. Some mention that riding the subway is a quintessential New York experience.

Occasionally groups will express safety concerns in regards to wandering around. Tour Directors point out that New York City is one of the safest major cities in the world.

It’s tempting to stare up at the sights of New York and lose yourself, but it’s important for students to stay aware of themselves and their surroundings. “The sidewalk is a road,” said one Tour Director, “don’t just stop in the middle of it. Get out of the way and say excuse me."