How Can 6 Local Tours Give Your Students the World?

Sometimes, you don't have to travel far to see the world. You can inspire learning within your own backyard. Brightspark Travel offers student tours to six state capitals across the U.S., providing the first steps on their journey to becoming world travelers.

We've listed them below in order of distance from our home office in Chicago, proving that you can always keep learning - even as you approach your own comfort zone!

The history, politics and culture of the Golden State come alive with our Sacramento tours. As the epicenter of the California Gold Rush, Sacramento invites students to learn from its 19th century mining towns and prominent state parks. Aside from serving as California's political capital, Sacramento is known as America’s farm-to-fork capital - "chances are, if you’re enjoying a meal in the Sacramento region, it came from a local farm." 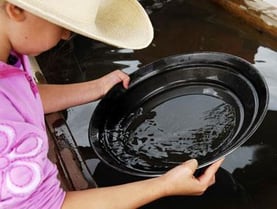 Your journey begins at the California State Capitol, offering lessons on each branch of local government. Continue to the Marshall Gold Discovery State Historic Park, the site that sparked one of the largest human migrations in the world when gold was discovered. Here, students will experience life in an 1800s mining town and even pan for gold in the river!

Learn the role of the locomotive in connecting the state to the rest of the nation with a visit to the California State Railroad Museum, then head into the tunnels beneath the Sacramento History Museum. Established along the Sacramento River, the city was prone to flooding, so local citizens opted to raise their streets. The museum's Underground Tours uncover stories about the people and businesses that thrived under the city's streets.

Did you know Boston’s wacky, winding streets were rumored to have been based on old cow paths? The streets aren’t oriented with regards to east, west, north, and south, so it can be a bit tricky to get around the state capital of Massachusetts. Luckily, our expert Tour Directors know all the great stops and how to get there! 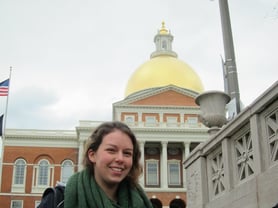 Start your trip with a tour of the city's most famous sites, including the State House, which sits on land once owned by John Hancock, Massachusetts' first elected governor. Samuel Adams laid the cornerstone in 1795, and Paul Revere's company covered the iconic dome with copper in 1802. It was painted yellow before being covered with gold leaf in 1874 and gilded with 23 karat gold in 1997. Just across the street lies Boston Common, America's oldest park, "which has belonged uninterrupted to the people of Boston since 1634."

"Walk into history" on the Freedom Trail, where costumed tour guides take you along a 2.5-mile route featuring 16 revolutionary locations. Join the revolution at the Boston Tea Party Ships and Museum, where you and your students can be part of live reenactments, experience multimedia exhibits and take a well-deserved break in Abigail's Tea Room.

Cap off your visit by rooting for the home team! Head to the oldest baseball stadium in the country, Fenway Park, for a tour and a Boston Red Sox game.

Known as the "Capital of Dreams" due to its close ties to Dr. Martin Luther King, Jr., Montgomery illuminates local, regional and national history as part of our Civil Rights student tours. Walk in Dr. King's footsteps by climbing the steps to the Alabama State Capitol, where he delivered his famous "How Long, Not Long" speech in front of 25,000 people after marching for voting rights from Selma. Originally the site where the Confederacy was founded, the Alabama State Capitol is now a National Historic Landmark recognized as an official stop on the U.S. Civil Rights Trail.

Experience life during the 1950s Montgomery Bus Boycott at the Rosa Parks Museum and its Cleveland Avenue Time Machine. Gather and reflect on America’s history of racial inequality at the newly-opened National Memorial for Peace and Justice. Down the street from the Dexter Avenue Church where Dr. King served as pastor, the Civil Rights Memorial honors the 41 martyrs who died at the hands of violence during the mid-century struggle. Visitors are invited to sign the Wall of Tolerance, a digital display showcasing over half a million people who have pledged to stand against hate and intolerance.

From history to pop culture, Atlanta speaks to all students. Your group can learn about state government at the Georgia State Capitol and discover the city's role on a national stage while on a Civil Rights tour.

Take a stroll through Centennial Olympic Park, built for the 1996 Summer Olympics, where you can enjoy live music performed by local and national touring acts. Take a ride on Skyview Atlanta, a 20-story Ferris wheel with sweeping views of the city. Enjoy lunch at The Varsity, an iconic drive-in restaurant that's a favorite with locals. 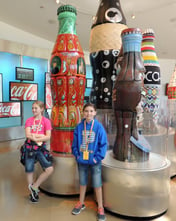 Round out your Atlanta visit by exploring its impact on popular culture. The city is the home of CNN, and students can tour the world's first 24-hour news outlet to "get a more in-depth look at how the world’s largest news organization operates. " Discover the fascinating 125-year history of the most famous beverage brand at the World of Coca-Cola®. See the vault where the secret recipe is stored, learn how the product is bottled, discover memorabilia dating back decades, create your own beverage, and taste Coke® products from around the world at this interactive museum.

Did you know the state capital of Tennessee is also the "Capital of Country"? Our Nashville tours let students go backstage at the Grand Ole Opry, visit the famed RCA Studio B, and explore the Ryman Auditorium.

Students of any subjects can enjoy the Music City's historic and educational sites. Head up the central city's highest hill for a tour of the Tennessee State Capitol. William Strickland, the building's architect, died before the capitol was completed. As his will dictated, he is he is buried within the walls of the building. Sneak a peek at ancient 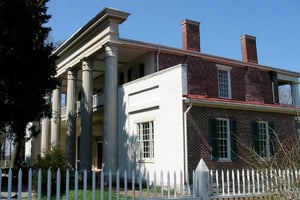 architecture at the Parthenon, a replica of the Greek temple to Athena built for Tennessee's 1897 Centennial Exposition. The Hermitage, the historic mansion that was home to Andrew Jackson before he became our 7th president, transports your group to the Antebellum South. Learn about his life as a military man and politician, and experience a Southern tradition during a live dueling demonstration.

Dive deeper into local history with a tour of the Belle Meade Plantation led by trained and costumed guides. The Greek-Revival mansion anchored a unique estate: the plantation was known for its horse breeding, and not for crops. In fact, every horse to race in the Kentucky Derby since 2003 traces its lineage back to the equine plantation.

Whether you're a history or a music buff, no trip to Nashville is complete without a visit to the Country Music Hall of Fame and Museum, showcasing priceless artifacts and historical documents from country music's immigrant origins to its modern-day chart-toppers.

Based in Chicago, we are lucky to be able to send so many local school groups on a trip through time to the mid-19th century. Abraham Lincoln lived and worked in Springfield for 24 years before becoming president. The state capital is where he established his career as a lawyer and a statesman, and, in his own words, “passed from a young to an old man.”

Sit in on a session of the Illinois Senate and House of Representatives at the Illinois State House, or explore the history of this architectural marvel. Take your students to the Abraham Lincoln Presidential Library and Museum, where "Ghosts of the Library"

explain the importance of the site and its preservation. The Old State Capitol, where Lincoln delivered his famous "House Divided" speech, also has a place in modern history: this is the site where Barack Obama announced his candidacy for president.

After learning about his professional life, follow Honest Abe home to see what his family life was like before the presidency. A visit to Lincoln's Home and Neighborhood features living history demonstrations and buildings promoting historical conservation.

Springfield also lays claim to a piece of modern culture. The Dana Thomas House is an architectural treasure designed by Frank Lloyd Wright. It features intricate details such as stained glass, butterflies placed throughout the house, and eccentric decor.

As with all our state capitol tours, Springfield offers you an opportunity to experience world-renowned culture and national history while staying local.

Are you ready to see the world from your own backyard?