4 Cities That Make American History Jump Off the Page

Are you looking for creative ways to get students excited about your classroom lessons? Do you feel like your students think of history as a lackluster list of names and dates? This is why our top student travel destinations are the living classrooms of the East Coast. Keep reading to find out how four U.S. cities make history come alive and ignite the spark of learning in your students!

Travel through time to the birth of our nation. Founded by Puritans in the 1600s, the city eventually became the breeding ground for the American Revolution, and our tours showcase the city's growth and progress to the present day.

Take your students aboard the Mayflower II to understand the Pilgrims' harrowing journey to the New World. Walk through Plimoth Plantation, a living history museum that recreates the colonial settlement. Learn not just about the newly-arrived settlers, but about the Native American tribes and customs in the area.

Just outside the city, the town of Salem gives students a peek into spookier sides of our history with visits to the Salem Witch Museum, the House of Seven Gables, and other Salem "haunted hotspots."

"Walk into history on the Freedom Trail!" This 2.5-mile route takes you to 16 revolutionary locations. From a ship to a burial ground, costumed tour guides will perform "tales of high treason, mob agitations, revolutionary actions, and partisan fights of the American Revolution... every step tells a story."

Join the revolution at the Boston Tea Party Ships — the interactive, immersive museum lets you throw "chests of tea" into the harbor. The exhibits and artifacts, including an original tea chest from 1773, are a living testament to the city's impact on the new nation. Nearby Lexington and Concord connect your Boston adventures with the battles that began the Revolutionary War. 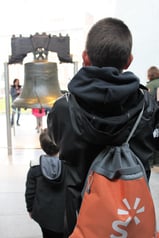 Boston began the fight for freedom, but independence was declared in Philadelphia. This Quaker city became the "cradle of democracy," a meeting place for colonial leaders looking to establish a new government.

Our educational tours also take students through Independence Hall, where the Founding Fathers debated and signed the Declaration of Independence, and where they replaced the Articles of Confederation with the U.S. Constitution. Afterward, walk up the street to the Liberty Bell, now a worldwide icon for freedom and democracy. 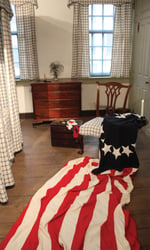 Your student trip to Historic Philadelphia continues through the Signers Garden to Carpenters' Hall. Here, the First Constitutional Congress met in 1774 to officially resist Parliament's laws. Next, you'll visit the famed Betsy Ross House. You may even catch Betsy herself putting the finished touches on the flag when you stop by her workshop.

During your student tour, you'll quickly notice that Benjamin Franklin left a large footprint in the city. Students will visit his grave at the Christ Church Burial Ground, walk past the American Philosophical Society (which he founded in 1743), visit his post office and printing press, and see a demonstration of the colonial era's printing process.

Today, New York City is an iconic contemporary metropolis with skyscrapers and neon lights. Your students may find it hard to believe that the city was once much smaller, located mostly in lower Manhattan (and that Central Park was a retreat for the wealthy because it was built too far from working class neighborhoods).

Explore this history on a walking tour of the modern city's Revolutionary-era sites, like the St. Paul's Chapel, the oldest surviving church on Manhattan, and Fraunces Tavern, where peace treaties between the colonists and the British were agreed upon.

The city has always been a hub for immigrants. A visit to the Statue of Liberty and Ellis Island will depict the motivations and the realities of the immigrant journey. During its 50 years in operation, Ellis Island processed more than 12 million arrivals, mostly from European countries like England, Ireland, and Germany.

Students can honor recent events with stops at the National September 11 Memorial and Museum. Young travelers can also see the role New York plays on the world stage with a trip to the United Nations headquarters.

Of course, your group will be able to experience all the modern splendor that New York City has to offer, including the Empire State Building, Carnegie Hall, the NBC Studios at Rockefeller Center, and Central Park.

Whether you teach science, civics, art, or history, our nation's capital speaks to all students.

Visit the National Archives to view documents crucial to the creation of the United States, then walk to the Capitol Building, where the US Congress enacts the Constitution. Groups will tour the iconic Rotunda, home to statues gifted from each state and some countries abroad.

Along the National Mall, Smithsonian Institute museums explore almost every subject. Young scientists can stroll through the National Botanical Garden, a "living plant museum" first conceived of by George Washington. Down the street, aviation history is on display at the National Air and Space Museum, featuring the Wright Flyer and the Spirit of St. Louis. 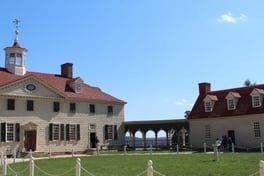 What trip to Washington, DC is complete without getting to know the Founding Fathers? Step inside Mount Vernon (George Washington's estate) and Monticello (Thomas Jefferson's plantation) to get a sense of life in Early America.

Are you ready to bring history to life?